Travelling For Past 15 Months – Part I

The Passing Of An Old Friend

Last month I attended a funeral wake. It was my old friend’s passing. He was in...
Read more
Lessons/Reflections:

When You Have It, You Won’t Give It Away.

Abstract: I love anecdotes. Often, I would tell the 3 children on an amusing anecdote I came across. Anecdotes can be...
Read more
Lessons/Reflections:

Abstract: One feels good when an honest deed is done. It was on an...
Read more
282

Abstract: It has been a good 15 past months of my travels in a few countries for the year 2018. Staying in a city for a week or two or occasionally for more than one month, one gets to drink in the sights of a city or country side at leisure.

For the year of the Dog 2018, it has been a good year of travel. Traveling solo as an FIT (Free Independent Traveller) or with a staff in tour when it was work related, all tabs were taken up by my two bosses (that is, my two sons) or my daughter. I normally don’t follow the rigid travel tour group as travelling independently means I can go on the Metro or take public transport, and it is the best way to see a city or a village or other off-the-beaten-path spots, where only the local folks go.

I have studied and worked overseas for many years and that meant away from the family for months or a year on end. Firstly, I was based in Indo-China as a banker for two and a half years in the early 90s, so I have covered most parts of Cambodia, Vietnam, Laos as well as Thailand. Then I studied for my MBA in London and for my Graduate Gemologist (GG), at the Gemological Institute of America (GIA) in the vibrant melting pot of New York City, the diamond district of the world at 47th St. 5th Avenue.

When I was working in Indo-China I was quite well paid and so I didn’t have to penny-pinch on the good old greenbacks, Uncle Sam US dollars, the Thai Baht, the Vietnamese Dongs, the Laotian Kips and the Cambodian Riels.

But when I was studying in foggy London and in the Big Apple, New York City I was among the oldest in the class by age, and did not belong to any old-money bags so I was on a shoe-string budget. But then life was just as interesting as I had to watch every penny and pounds, and every nickel and dimes carefully.

Then I quit my job in Indo-China to follow my own Walter-Mitty dreams, and instead of fantasizing some super-duper heroes or villains, I wanna see third world countries and places and landed myself in Myanmar (the Americans still called it Burma) for many years, where I looked for jade and precious stones. Their currency, the Burmese kyats, came in stacks and bundles and my poor lady assistant would have to lug it around and made the counts when we needed to pay for merchandises or for food as at that time their strange currency came in denominations of 45 kyats or 90 kyats (1 banknote of 90kyats was about US$0.06), because of the superstition that 9 was a lucky number.

Now I have taken to travelling and working at my leisure and pace, much to the displeasure of my two bosses who said I could have gone the extra mile in the various ventures and businesses that they have. In a straight line continuum of my life span, I believe that my health, economic and financial resources as well as what I can achieve have been pre-determined, so I take life as it comes.

In all my vainness, now I love to be in front of the camera, instead of being behind the camera as about a hundred years ago I once worked as a photographer in an ad agency where part of my job was to ‘shoot’ wannabe models with a Nikon SLR. Those ladies with pretty countenances, voluptuous or had nice work-out figures whom I considered might make the grade deserved 20 or more frames on B & W,  color photos or slides, click, click, click and more clicks.  And those ladies who were somewhat disappointing and should have stayed in their offices doing some clerical work instead of trying their luck in answering our ad for models would only get a merciful two frames before I said ‘Next’.

Now I am happy to do a lot of selfies, and when I take twenty or thirty photos on the same place, there will bound to be one or two good shots where it does not show the frown lines on my forehead, or my eye bags or the two somewhat sagging cheeks which displays like two long moustaches of the Chinese villain Fu ManChu, but when I gave my sweetest smile, the moustaches would just disappear.

Occasionally, some nice people would ask me whether I would want to take a good pix of myself with my own cell phone when I was alone. Well, I would only take up the offer when a passer-by lady suddenly appeared out of nowhere. I was quite sure she would not run away with my iphone as I would not entrust my cell phone with a young man whom I may not outrun if he decided to make a break for it.  In places where I chartered a taxi alone, I have been lucky on a couple of occasions when the driver himself was a photographer. Now, you don’t need a pro to take good pictures. With all the great mobile phones, most drivers can take excellent pictures.

And when I am traveling with a staff member, he/she knows that vanity is my name and would take a lot of photos for me, as I am the old man of their bosses too though I am never fond of rank pulling.

Thus the one or two good photos would be my features in whatever social media I like to post.

Further photos of my travels for the past 15 months and some snippets of information would be written in later posts.

Previous articleMy Mother On The Smart Phone!
Next articleDoing An Honest Deed …

Arthurhttps://www.arthurlau.com
I am a Gemologist by profession, graduated as a Graduate Gemologist (GG) at the Gemological Institute of America (GIA) in New York City. I hold an MBA degree from Cranfield University, London and a Bachelor degree in Mathematics from the University of Malaya. If you have any questions on diamonds, jade, colored stones or jewellery, I would be happy to render an opinion. You can email me at arthur@lavinnewyork.com 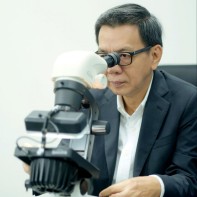 Arthur
I am a Gemologist by profession, graduated as a Graduate Gemologist (GG) at the Gemological Institute of America (GIA) in New York City. I hold an MBA degree from Cranfield University, London and a Bachelor degree in Mathematics from the University of Malaya. If you have any questions on diamonds, jade, colored stones or jewellery, I would be happy to render an opinion. You can email me at arthur@lavinnewyork.com
1,099FansLike
1,011FollowersFollow

For Engagement Ring, newly engaged couples can choose their preferred diamond shapes and settings. Below is a...
Diamonds

Billy Porter is a man who knows how to rise to a fashion occasion. For the 2019...
Father & Mother:

Are my Diamond Accents Real Diamonds?

Hi Arthur Your post on “What are Diamond Accents?” is great. It’s educational...
Load more
© 2020 ArthurLau.com