My Mother In Her Teens 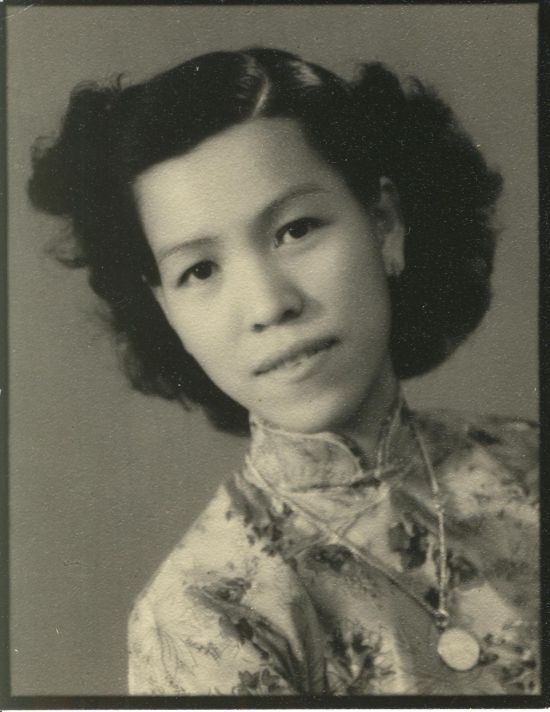 My mother was born in 1929 in a hamlet district of Ta Nam near Guangzhou, China to a family with 4 siblings, 2 boys and 2 girls.  She was the third child.  Her father was a literate sea merchant owning a number of steamers that sailed along the Pearl River and its tributaries to barter and trade.

During the Second World War, there was not much damage to Ta Nam as the main Japanese occupational forces were concentrated in the city district of Guangzhou.  There were few active resistance fighters in my mother’s village.  Retaliation from the Japanese was often swift and merciless when resistance fighters were up in arms against them.  After the surrender of Japan, normal life returned to the village and once again her father plied the profitable trade routes to re-build his business.  He was a shrewd businessman and her family prospered.

From her childhood days, her parents showed no favoritism among the sons and daughters. Her father believed that he should give his best to his daughters when he still could control their destinies. They should have a good life before marriage as long as he could afford it.  After marriage the destiny of a woman would lie with her future in-laws.  Come what may, good or bad, in honor or in shame, in wealth or in poverty, in happiness or in tragedies, she would be on her own with her in-laws without the support of her blood family. So every of her siblings were treated as equal.

When she was in her teens she would follow her father on his business trips to various parts of Guang Dong Province along the Pearl River where she could drink in the sights of other parts of China. She would be alongside her father during the square table tea discussion on what goods were in demand and in what quantity would the buyer wanted. She could sample the various types of local fare and could cook a dish or two for her family when she went home. She was given the opportunity to attend the only school in the village, buckling the trend and traditions of China where a girl’s place was in the house.  Hence, her intellect was also matched by her literacy.

Mother was quick at her mental arithmetic and she could tally up a grocery bill faster than any store keeper using an abacus. Her father often asked her for her opinion on some business transactions.  When she was back to her village after a trip ‘abroad’, she came home bearing gifts for her friends and relatives.  Her generosity is still remembered today by two of her old friends in Guangzhou, who are now in the late 80s.

More posts about my Mother coming up, folks. You may have missed other posts of interest. To read them, please click on the picture

In Mogok, Every One Has A Dream!