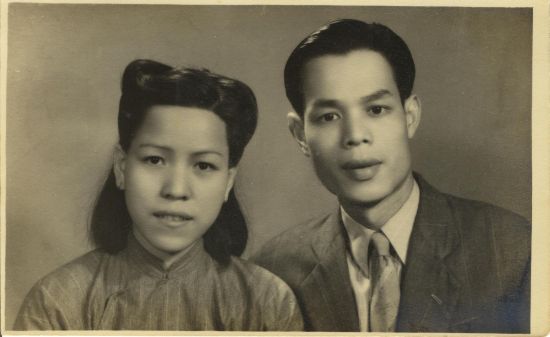 This year my father is 88 years of age while my mother is 82 years.  They came from a small village called Liu Piang in the township of Nam Hai about 50 km from the city of Guangzhou in the 50s, just after a few years when Mao Zedong drove out Chiang Kai-Shek of the Nationalist Party of Kuomintang and proclaimed the country as The People’s Republic of China.

I have an elder sister three years my senior and a younger brother two years my junior.  My sister too came from China with my mother while my brother and I were born in Malaysia.  As siblings we were very close to each other and even when we have established our own families we are still closely knitted.

My father is literate.  My grandfather ensured that my father was schooled as he was the eldest and only son in China until my grandfather took on another wife when he resettled in Nanyang, which Malaya was called by all Chinese immigrants at that time, after the passing of my maternal grandmother and sired another 6 children.  Father has an excellent command of the Chinese language, both written and oral.

My mother came from a family of sea-faring traders where her father buy and sell goods and plied his trade along the Pearl River of Guangzhou, seeing opportunities in the demand and supply of goods and the price arbitrage from different parts of Western China. Her father too ensured that she had an excellent education and sent her to a local school which at that time was not common at all as the place for a girl was solely in the house until her adulthood came to match-made her to an auspicious marriage.

At a young age my parents would regale me with their past history of their lives in the village of Liu Piang.  They told me stories of the tumultuous period during the rule of Chiang Kai-Shek, the Japanese occupation and the subsequent rising of the 5-star Red Communist in China.

It has been my dream for many years to write about the journey of my life with them as I am very devoted to them as they are to me.  They have taught me many lessons in life and it would be one of my greatest pleasures to record it.

And this website would be the perfect platform ……….. You may have missed other posts of interest. To read them, please click on the picture

In Mogok, Every One Has A Dream!