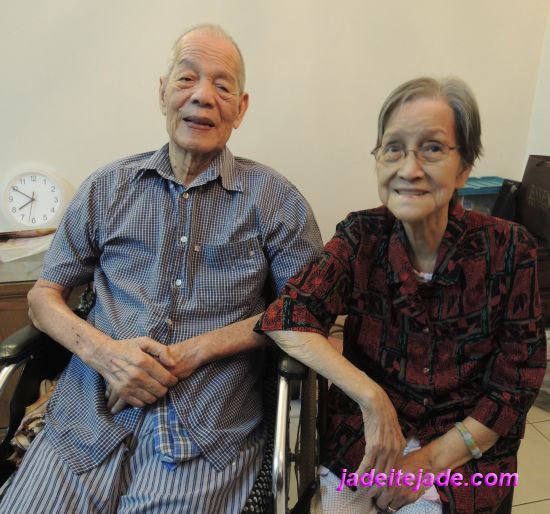 The luminous moon hung over the bamboo blind

I gazed raptly at the round silvery moon

Pining for my kith and kin far away home. 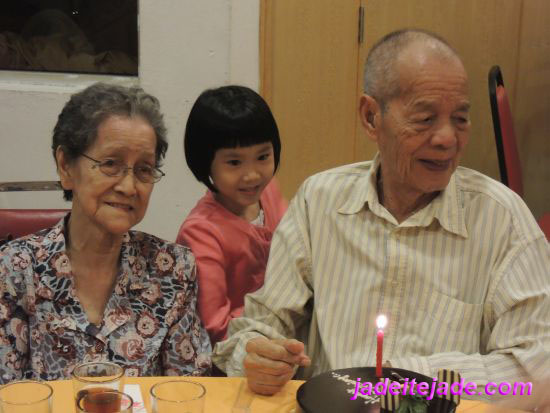 My father is now 92 years of age. Eight years ago, a minor stroke left him bed-ridden. He is almost blind, his left eye was totally sightless some twenty years ago because of a motor vehicle accident and his right eye has probably less than 1% of sight because of late detection of glaucoma.

Now, relegated to the bed he can only sit up, often times, he has to make a Herculean effort to do so. He can barely distinguish whether it is day time or night time and often asks us the time of the day. He recognizes us by our voice and not by sight. His mental faculty is still intact, though his response is slow, and it takes some time for him to register our questions. We can still engage him in a normal conversation. He can remember his younger days but he cannot recall what he has taken for lunch a few hours ago.

Deprived of his sight and restricted severely in movement, however, he is not a bitter man. He does not indulge in self-pity nor does he laments his predicament. He just accepts that this is his life and that he is thankful for all the mercies life has shown him. He still has 3 children who are devoted to him and a great wife who takes care of his daily needs. My mother is 86, frail as osteoporosis has taken its toll but her mental faculties are still razor shape.

My daily work of caring for him is almost routine, though there is a maid to cook for us and other household chores. He is just a simple obedient child, asking simple question like, ‘Should I eat the bread first or drink the cereal?’ Probably he choose to please when we give him affirmations.

On alternate days I give him a lactulose solution and a double dose of enema to help his bowel movement. I clip his nails, trim his nostril hairs, shave his pubic hairs and all those short bristles of hairs sprouting on his upper lips and chin. Occasionally I have to feed him when he refuses to eat.

In the morning I take off his overnight diaper which is soiled with urine. In the toilet he sits for about 10 minutes for his bowel movement. He brushes his own teeth and he uses the toilet paper to wipe his rear, whether there are any defecation or not. Then I scrub him thoroughly with a sponge laden with mild soap. And he sits back and enjoy a hot bath.

So my daily work is done.

But there is something more.

With not much external stimuli, his mental awareness and memory are slowly impairing and fading away. Though cannot read anymore, he still asks the where about of his books, which he will occasionally feel them with his hands, as if he can read them by going through it with his palms.

My father is a keen reader of the works of the famous poet of the Tang Dynasty, Li Bai (705 – 762 AD). His favorite classical book, the Three Hundred Tang Poems (唐诗三百首)which is yellowish, well worn, tattered and thumbed-through by many readings. This book is a compilation of poems of some of the most acclaimed poets during the Tang era, where Li Bai was featured prominently.

So the best way to challenge my father’s mental faculty is to ask him to recite some of these poems, which he had memorized by rote during his younger days.

Bravo! He can still remember many verses, though I have to prompt him whenever he falters as he tries hard to recall what he had read about 80 years back.

One of the most famous poem is 静夜思,or loosely translated to be ‘Contemplation’, by Li Bai. This short poem is well recited by almost all Chinese educated children and it remains one of the most favorite poetry for recital at school events.

I search through a lot of English translation and there is none that I feel reflects the beauty of this poem clearly. I give it some thought and come out with the following translation which I hope it reflects the mood, essence and the ‘longings’ of the poet when Li Bai penned it. Clearly, I take some liberty to put in something which is not in the original Chinese poem and which I think is relevant to the time and place when it was written.  If some Chinese scholars think otherwise, then, I offer my apology.

The luminous moon hung over the bamboo blind

I gazed raptly at the round silvery moon

Pining for my kith and kin far away home.

This is also my favorite poem which my mother taught me in Cantonese, the prevalent dialect in Southern China, when I was 8, though I came from a purely English stream.

When I travel far and wide, I often recite this poem and I want to go home to be with my parents.

Previous articleHey! You Forget The Gatekeepers
Next articleEat All Those Damned Lemons!